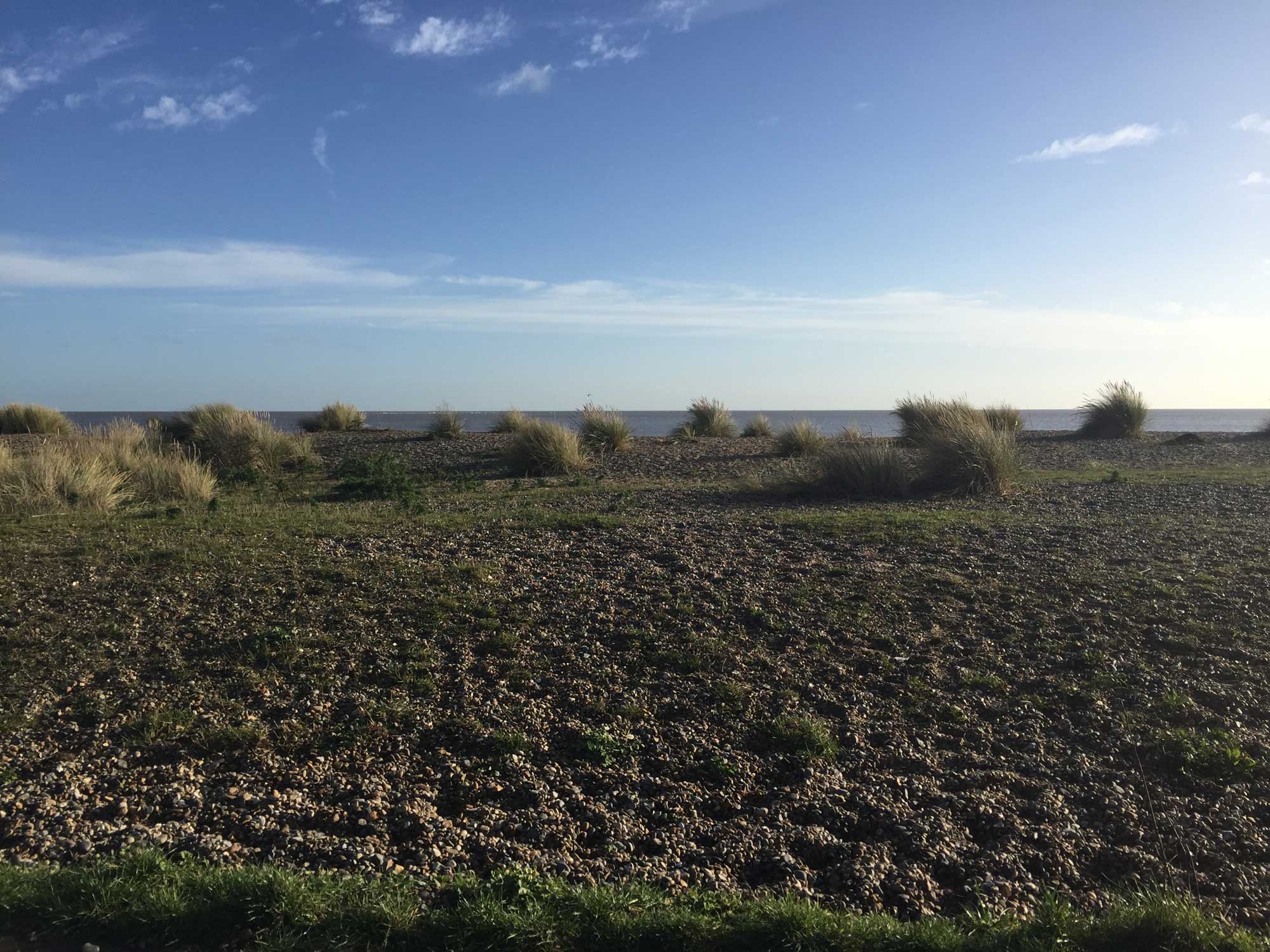 Welcome to our Pakefield Beach Beach Huts Seascape and Beach.Hut.Style 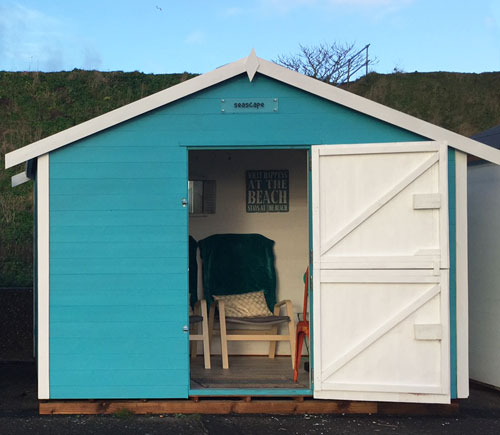 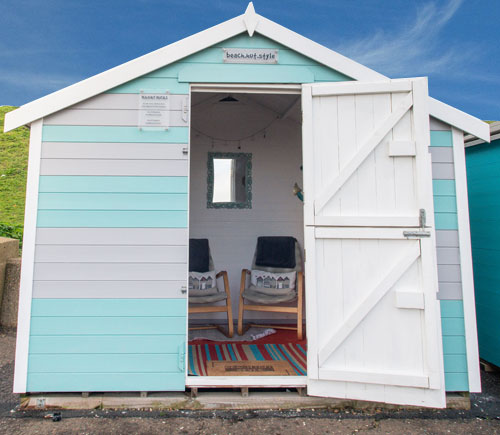 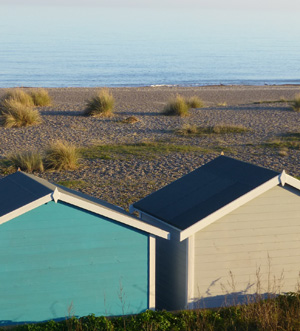 Situated along the promenade just beneath Jubilee Green at Pakefield, we have two fabulous brand new Beach Huts available to rent.

Measuring a generous 3mts x 2 mts, these spacious huts lend themselves to days of beach side activities, in style and comfort. 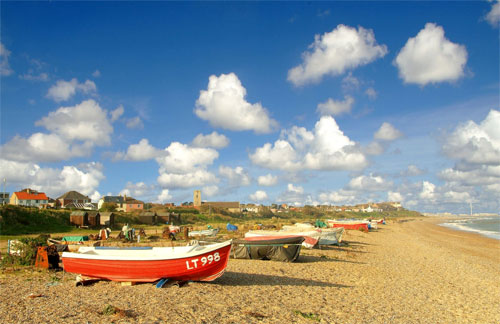 Pakefield is a small and unspoiled area immediately South of Lowestoft, Suffolk, easily accessed just off the main A12.

With a large free car park at the beach side, and also a pay and display, access to the beach huts could not be easier...with only a short walk from both car parks of 100 yards...and an option of several slopes or sets of steps to reach the huts. 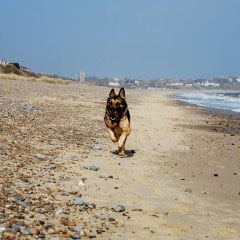 Pakefield Beach, is a mix of marrams and grasses, leading down to a sandy beach. The entire beach area is dog friendly all year round and for children, there is lots of potential for exploring or building sandcastles closer to the waters edge. Flying kites is a popular pastime, and we regularly enjoy watching beach canoes, and windsurfers or kite surfers, and stand up paddlers close to the beach.

The water condition is carefully monitored as we are just south of the famous blue flag beach besides Claremont Pier. Many people swim this area all year round, and we swim on hot days, using the beach hut to get dry and change.

Pakefield Beach is a haven for photographers, as the sunrise, is spectacular...so if you are an early riser, you will not be disappointed , especially if you have some bacon sizzling in the frying pan whilst the sun is coming up!

If you are looking for somewhere to stay in Pakefield, have a look at Walkers Cottage, our luxury cottage just 5 minutes from the beach and beach huts.

Things to do in Pakefield from the Beach Hut

Explore the beach, and check out the colourful fishing boats still used to this day by local fishermen, just along the dunes towards Kessingland.

Take a few minutes to check out St Margarets Church which is right upon the cliff top and which has two resident sheep keeping the grass neatly trimmed.

If you are looking for a dog friendly pub with food try the Oddfellows PH a few yards along from the church...or if you want to listen to live music or opt for a restaurant meal with a fantastic sea view...go to the Jolly Sailors which is just yards away.

For some of the best Fish and Chips around Pakefield Plaice is also within yards of our hut. 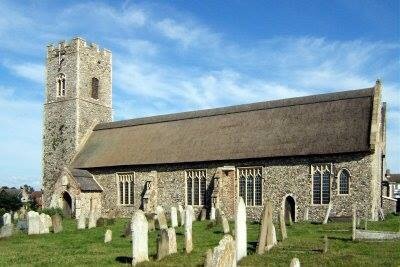 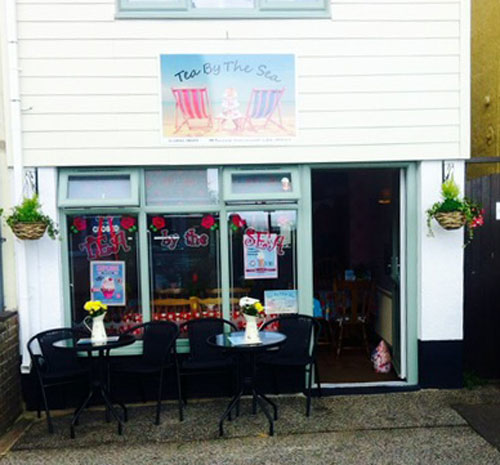 For fine tea and cake...there is no finer place to go that Tea by the Sea...and here you can indulge in the most fabulous home made cakes!

If you stroll along the promenade there is the Sunrise Cafe...which is open 364 days a year...serving good coffees and teas, and basics such as bacon rolls and toasted sandwiches. Modest prices and reliable quality snacks and ice creams. The beach here is golden sand, and at this point dogs are not allowed onto the beach for roughly half of the year.

Our favourite restaurant is called Rocksalt, and it is situated on Claremont Pier...certainly some of the best food served in Lowestoft at the moment, and well worth a visit.

Pakefield is the site of one of the earliest known areas of human habitation in the United Kingdom. In 2005 flint tools and teeth were found in the cliffs. These have be dated to 700,000 years ago!

In the Doomsday book Pakefield is called "Pagefella",the name probably coming from Pagga's or Pacca's field. The village was part of the King's holdings and had a population of about 17 households, including a number of freemen. Part of the tax payment made by the village to the King was 600 herrings. 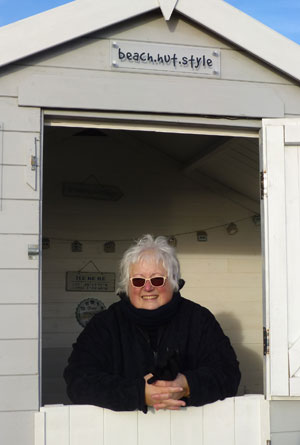 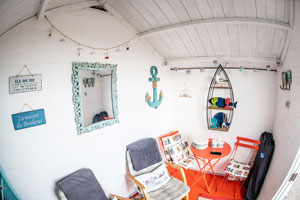 All new crockery and cutlery, a tea pot (no day at the beach would be complete without one) and plenty of tea bags and coffee and hot chocolate

Two cosy fleece rugs to snuggle in if it is chilly 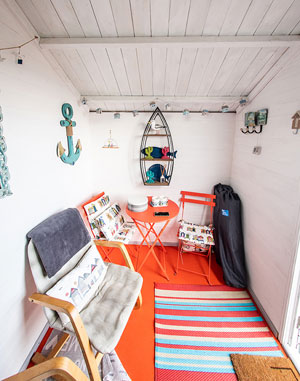 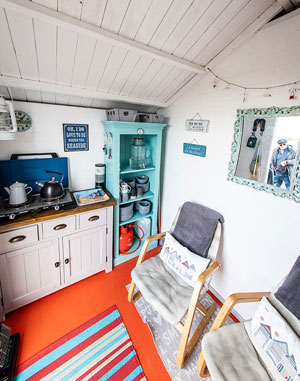 A parasol to provide shelter from the Suffolk sun

Key for the toilets 50mts along the promenade (just for the hut users)...which is clean, with plenty of hot water and soap. 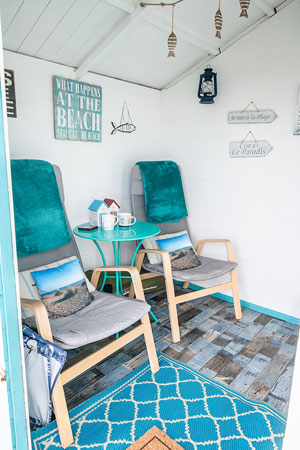 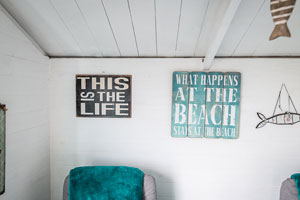 All new crockery and cutlery, a tea pot (no day at the beach would be complete without one) and plenty of tea bags and coffee and hot chocolate 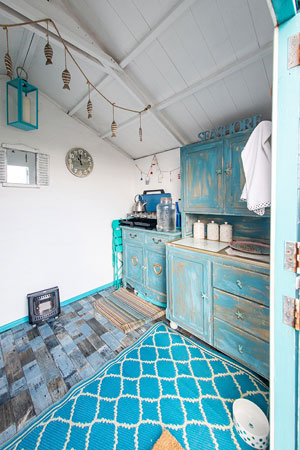 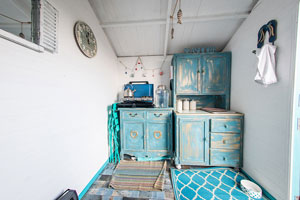 Two cosy fleece rugs to snuggle in if it is chilly

A parasol to provide shelter from the Suffolk sun

Key for the toilets 50mts along the promenade (just for the hut users)...which is clean, with plenty of hot water and soap.

Please direct all rental enquiries to:- 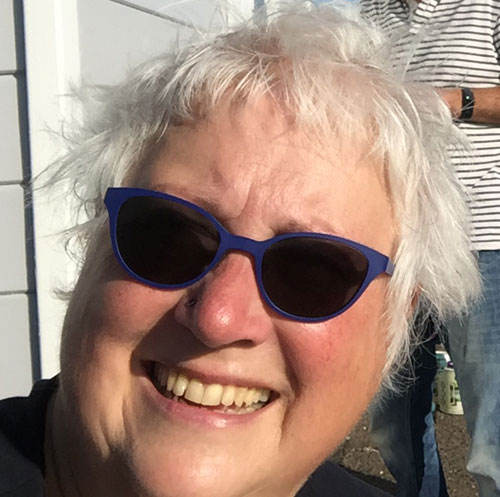 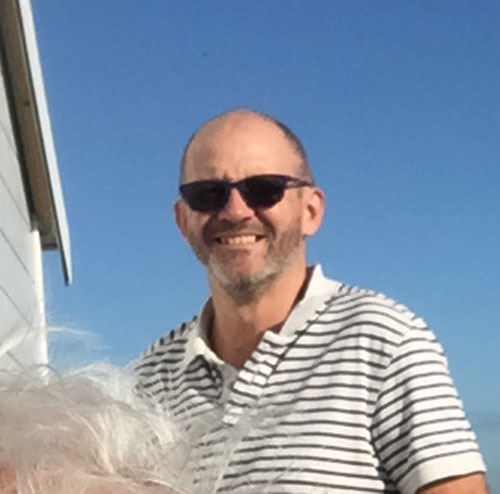